Losses of 30 and even 40 per cent are expected in the Sardinian olive-growing campaign, heavily penalized by the anomalous climate trends and the attack of plant diseases, with the further risk-insult, according to Coldiretti, of market losses and customer loyalty for the benefit of oils from North Africa and the Middle East. 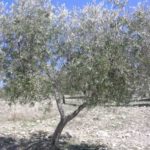 “Until July, the year was getting ready to be remembered as one of the best – explains the olive grower of Coldiretti Gavino Fois -. The summer-autumn and the beginning of autumn-summer have instead reversed the forecasts. The mild temperatures and humidity in the summer were fertile ground for the olive fly, while the high autumn temperatures and drought did the rest not allowing the development of the olives, which grew underdeveloped. Translated into numbers it means a lower yield compared to expectations of around 35 to 40 percent”.

“Irrigation – along the same line the colleague Salvatore Sanna of Ittiri – does not allow us to make up for the absence of rain. You can dab up to a certain point, then you need the natural water that creates the ideal microclimate for the development of plants. The rainfall of these hours is a godsend, also because the olive trees despite being in great pain are plants that recover very quickly”. 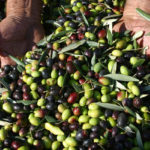 The olive oil year this year will be very bad worldwide. The losses of olive oil, according to data reported by the Oil World, should be around 17 percent, due to the halving of crops in Spain (which still maintains the world record) but also the sharp decline in Italy where it has just begun the collection that should confirm the second place despite a 30 percent reduction.

“In these situations – it is the concern of the regional president of Coldiretti Battista Cualbu – the risk is that the European olive oil market, with consumption estimated at around 1.85 million tons, is likely to be invaded by productions coming from North Africa and from the Middle East that do not always have the same quality and safety requirements. A risk that concerns above all Italy, which is the world’s largest importer of oil for a quantity of 460 thousand tons. In order to protect consumers and producers and not to compromise the image of Italian oil – Cualbu points out – it is important to avoid the imposition of imported oil as Made in Italy.

“For this – continues the regional director of Coldiretti Luca Saba – we need to apply the important changes to the discipline introduced by the law save oil approved in February 2013 under the pressure of our Association that contains measures to suppress and combat fraud and enhancement of true Made in Italy, but that still today is not applied”.

The advice of Coldiretti to consumers is to carefully check the label where, even if often hidden in the back of the bottle and in lowercase, must be written the words “obtained from a mixture of non-EU citizens “if it is not 100% Italian oil. Or to choose one of the 43 designations of origin recognized by the European Union and which guarantee the Italian origin.